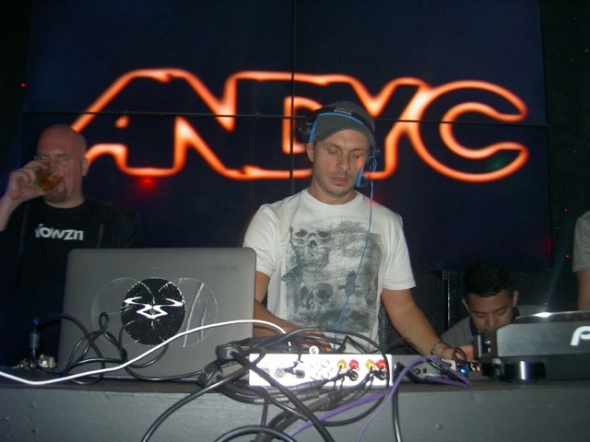 Oh my gosh! Its been 2 days and we even can’t forget how The Executioner ANDY C smashing Jakarta to pieces. His set was extremely amazing, beyond awesome he never let us breath every single second! SKREAM & BENGA has been massively torn Jakarta crowds with crazy bass sounds with their mixed sets of dubstep, house, and garage. One krazy helluva night we must say, really can’t wait for another bass legends coming to Jakarta in the near future.

END_OF_DOCUMENT_TOKEN_TO_BE_REPLACED

=====================
Jebar – DJ and producer of more than 9-years of experience. One of the popular musicians of the Urals, a well-known electronic music lovers around the world. Jebar by 3 releases on vinyl (Defunked, Soundtrax, Blu Saphir recordings). His music is a mixture of dancefloore soulful, liquid funk & dubwise tunes that leave no one indifferent person and have only positive emotions. Which would not have acted Jebar, his appearance in public accompanied by success, applause and enthusiastic audience!

He not only speaks and writes music, but also in 2002 been actively involved in the night life of the city of Chelyabinsk, hosting events and brings DnB guests. More! Since 2008, engaged in the development of one of the oldest clubs in Russia with more than eleven-story night club GARAGE UNDERGROUND. Jebar Art Director Club.

In this case, it seems incredible, but Jebar constantly touring all over the globe, which is confirmed list of cities he visited New York, Moscow, St. Petersburg, Minsk, Volgograd, Novosibirsk, Yekaterinburg, Chelyabinsk, Orenburg, Omsk , Izhevsk, Tomsk, Togliatti, Magnitogorsk. And this is not a complete list.

In his set, he prefer only light of the musical material. In May 2007, he released a mix CD in St. Petersburg – Dj Jebar – Colours of Summer Mix – on the label REWIND REC, accompanied the release of two-party presentation: Chelyabinsk and Saint-Petersburg.
2010 saw the release of their debut album. In 2011 the expected release of the second album already.

Dedosixteen or better known as Sixteen became a student of the hip hop movement after watching Dj Cream Spinning at Parkit back in the days. Beginning with his residency at EX Plaza Indonesia around 2004, before he joined D’makaveli one of the biggest hip hop party promoters in the scenes of Jakarta Night life in 2005 for 2 years. He has made a name for himself in Jakarta’s RnB club scene and quickly gained more knowledge and experience of the whole entertainment scene by playing at various parties and events.

By the end of 2007, he moved to Birmingham United Kingdom to continue his study in Birmingham University. Playing in HouseFM radio in London for couple a month in early 2008 with Soulful Angus, triggered him to explore different kind of music. He has got more influences from UK Djs such as Mr Scruff, Four tet, Tim Green, Julio Bashmore, Maya Jane Coles, Jimpster and inspired by Skream, Benga, Caspa J:Kenzo, Loefah, Mala & Coki (Digital Mystikz ) he discovered his musical faith through Dubstep.

Since he came back for good to Indonesia, Sixteen’s an open minded DJ who has no limitation in accepting new kinds Of Music and Beats, his sound can best be described as Dubstep, Grime, 2step, with an expertise of jazz, afrobeat, deephouse, reggae, rhythm & blues. Share deck with his favorite dj’s Cooly G, Diplo, Shockone, El Hornet of Pendulum and now his joining the most respectable label in Indonesia DAFKAF INC along side Remy Irwan, 1man, Danish w, Dialogue 7, Andre Uchiel, Putra, Rangga, Mamit, Alvin K & Motioninja triggered him to bring dubstep to the next level in Indonesian Dance Scene

Here’s a brand new episode of Bass In Yo Face. We’re up to our 4th episode and this time around we’re changing things a lil’ bit by doing a dubstep, UK Bass set. Yup, no drum &amp; bass this time around. I hope you guys like it.

Last Friday, we were treated with an excellent set from Australia’s current hottest DJ/Producer from Viper Recordings SHOCKONE. If you regularly go out to a bass music night you cannot escape hearing his tunes. His tune Crucify Me Pt. 1 & 2 (drum & bass and dubstep version) has become staples to all of local djs play list. It was wicked!

END_OF_DOCUMENT_TOKEN_TO_BE_REPLACED

Finally the first BASSFESTinc. beta version gig is starting to roll this year. For all of you who don’t know what BASSFESTinc, its a collaboration of forces from the Indonesian bass music community, to take the drum n bass & dub step scene to another level. This event will be held at Marley, Friday 10 February 2012.

And this 1st gig we bring you one of the hottest drum n bass dub step producer, from the Viper recording camp. Since we saw him 2 years ago at the Paradise In Bali Festival , we already feel that he is the one that gonna smash Jakarta to pieces with his work.
Hailing from Perth the epicenter of the Australasian drum and bass scene, Shockone aka Karl Thomas is fast becoming one of D&B’s major talents.

2009 has seen Shockone come of age with the release of ‘The Shockone EP’, featuring the chart topping ‘Polygon’. This tune received major air play world wide with high rotation play listing on Australia’s Triple J radio and Radio 1’s Annie Mac penning it as ‘The biggest drum and bass tune out’. The EP’s three drum and bass tunes achieved the top 3 spots on beatports drum and bass chart, and ‘Adachigahara’s Theme’ stayed at number 1 on the dubstep chart for over a month, subsequently being voted as beatports number 1 all time classic dubstep tune. Following this Shockone released his remix of the Brookes Brothers epic ‘Crackdown’ on Viper recordings ‘Acts of madmen LP’ which was labeled “Album of the Week” on Zane Lowe BBC Radio 1. Shockone’s collaborations with Phetsta, ‘The Sun 2009’ and ‘Cyclones’ have also received high rotation on radio world wide.

2009 also saw Shockone take out Best tune of the year at the Perth dance music awards for the third year running with ‘Polygon’, as well as best drum and bass dj and best broken beat producer for the second year in a row.

2010 could best be described as the year of the remix for Shockone. His remix discography reading like a who’s who of drum and bass and electronic music in general: Brookes brothers – Crackdown, Netsky- I Refuse, Bcee – Help You, Chicane – Come Back, Cutline – Die For You, Mutya Buena & Agent X – Fallin, all receiving major DJ and radio support worldwide. 2010 also brings the release of the highly anticipated Shockone – ‘Re-fix’ EP, a collection of VIP’s and remixes of the massively successful ‘Shockone EP’.

Shockone is currently completing production on his debut LP due out for release early 2012. This long awaited solo album is sure to push boundaries, cross genres, max the envelope and so on.

With his tracks being aired frequently by the scenes biggest hitters such as Andy C, Hype, Friction, High Contrast and Matrix + Futurebound, it is only a matter of time before you find yourself rocking out to Shockone!
Here’s some preview for you guys :

THE SUPER FUTURE CONSPIRACY welcomes you to the 8th episode of the bass-loving collaborative event of K9 and ELECTROFUX. From Bali to Yogyakarta, Medan, Singapore, Malaysia, and with your support, now GODSTEP is back in Bali!!

We got you the alumni of the first GODSTEP, a Javabass crew, half of EGRV, Indonesia’s own: RANDOM.

And to make things deeper and darker, we brought you the owner of Back2Chill, half of Rebel Familia, the Far East Assassin: GOTH TRAD (Deep Medi Musik).

Come, join the crowd, because you’ll need a friend when you face the wrath of the gods.

P.S. Random would like to apologize as he will only be performing on Thursday 15 Dec.

END_OF_DOCUMENT_TOKEN_TO_BE_REPLACED 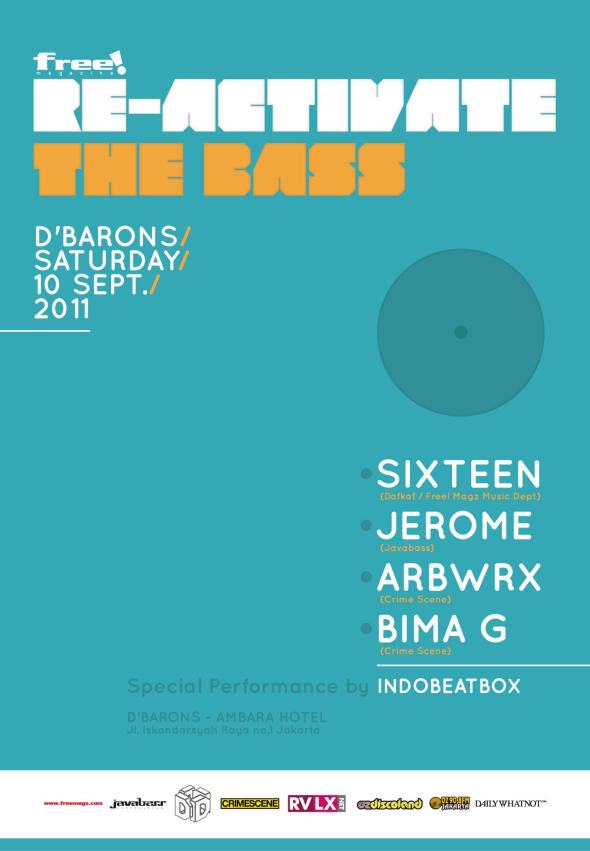 END_OF_DOCUMENT_TOKEN_TO_BE_REPLACED

Jerome and Random will give a spin on Kampus‘ last event! There are 5 rooms, each plays different massive genres. 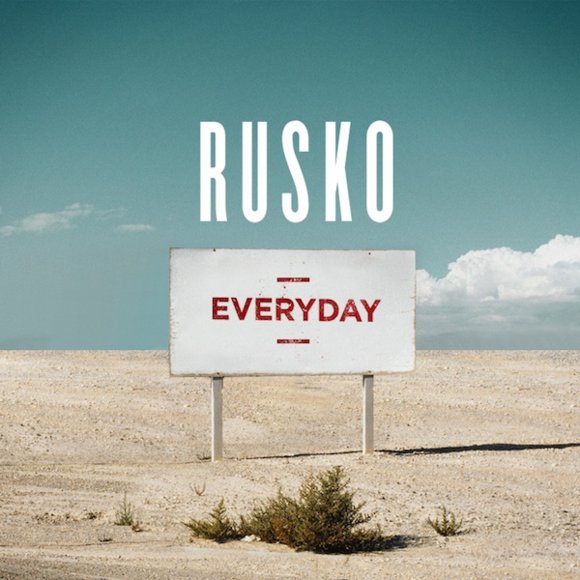 Here is Rusko’s first official release after O.M.G. on Mad Decent. This one is bound to be massive.

Go to www.ruskoonfire.com to listen to stream of Everyday (Netsky remix)

Cooly G from Hyperdub, UK came to grace the decks at Jakarta’s first dub night PROPER. We showed up late due to earlier engagement so when we walked in Cooly was already on, dropping some hyped up 4-4 beats that totally rocked the crowd. Good music, too bad there weren’t that many people to witnessed it. Here are some picts from last night’s party. 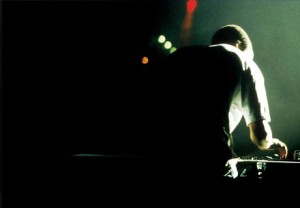 Our own MC Drift is actually not just an MC. He’s also a killer dubstep DJ goes under the name Sanjion. If he’s not hanging out with us during our drum’n’bass events, you can find him holding dubstep events with his other crew, the  24/7 Dubstep Culture.

Recently, Javakini magazine managed to pry him away from his busy schedule to get together and have some interview session.  He mostly talks about his dubstep night “Proper” and dubstep culture in general, of course he didn’t forget to mention “PHUNKTION”.

You can check out the interview in the following link. 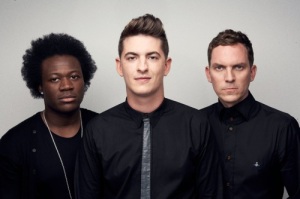 Javabass’ own Random re-jig Magnetic Man’s dub classic “Perfect Stranger” into great effect. Feel free to check and download if you like. Better make it quick though, since Soundcloud only let people download it 100 times.